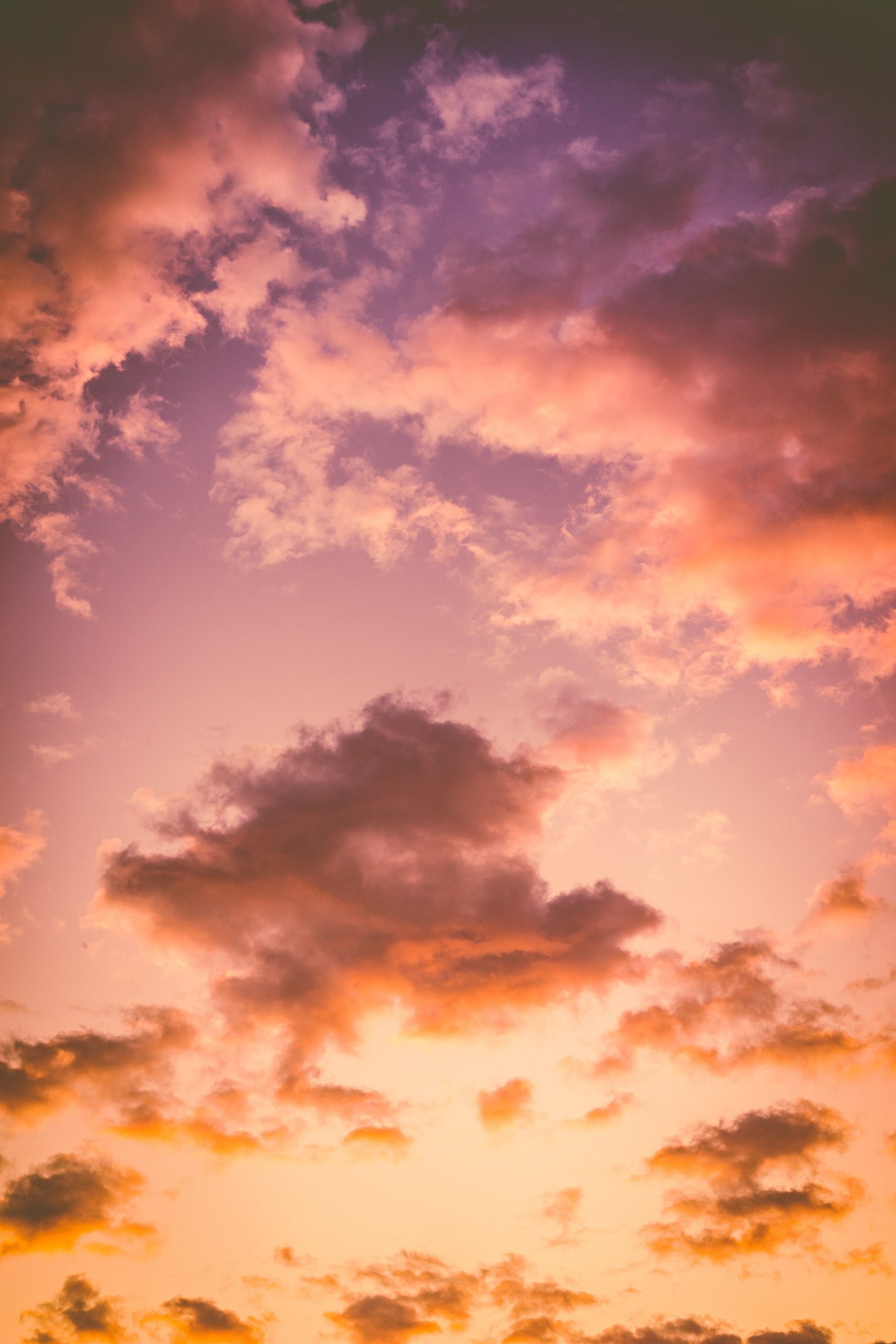 2021 teaser from a revision of honors thesis, speculative fiction novel, The Departure

For what felt like the first time in years, Søren felt peace.

It was still morning, but the sky was bright and welcoming; it was bluer than he had ever  seen it, despite the tints of red and orange and purple flowing lazily around the higher layers of the  atmosphere. He knew he’d never see a true blue sky in his lifetime, but this was the closest he’s ever  seen it. They must be far from any major impact zones from the War.

The fresh mountain air also helped to lift his mood—it felt good in his lungs as he breathed  it in, especially after he finished an entire spliff himself on a walk not too long ago, sometime past  dawn. The breeze felt cool against his skin, exacerbated by the thick minty froth of toothpaste  pooling in the corners of his mouth. He had stopped brushing to just acknowledge the moment; the  sensation was… nice.

Quite cold, but nice nonetheless. After all, he…

And it wasn’t too much.

Søren looked up at the sky again, squinting against the sun. It was bright, almost too bright  for his enlarged pupils and generally heightened senses. He shielded his eyes with his free hand and  that’s when Nova had come into view. She was still in her sleepwear, but with her jacket hanging  over her shoulders. Even still, she crossed her arms to brace against the cold.

It was then that Søren acknowledged that the sensation that he recognized as every cell of  his body feeling alive may very well have simply been goosebumps; even he had limits to  temperature tolerance.

Søren turned away from her and spit as powerfully as he could against the ground. He  wiped the excess froth from his mouth with the back of his hand and flicked his wrist to try and rid  himself of it before she was close enough to see it.

Nova saw it, but she didn’t acknowledge it.

Seeing her wind-flushed cheeks made Søren even more aware of the fact that he was out  here in sweatpants, a wifebeater, and shower shoes. He allowed himself a glance at his toes— thankfully, he remembered socks. Ugh, he felt disgust at the thought of himself growing up to be the  guy in socks and sandals. At only twenty-eight, or so… twenty-seven? He still didn’t have the best  grasp on what the date was. He was feral for too long.

A sheepish smile overtook his face.

“Yeah. Something about being out in The Wilds just gets me up at dawn. Happens  sometimes too back home…” Something in his gut didn’t feel right. “Back in The City.” The  clarification helped the knot dissolve a little, but he still felt it. “But out here, it just feels natural. I  actually got some sleep, too.”

Nova’s eyes went wide—there were few times that Søren was open about his health to her,  and one thing that she noticed even without discussion is that her mentor hardly slept. This was big  news, but she wasn’t really keen on the idea of having this talk outside.

“That’s great!” Her voice was full of dull enthusiasm. The awkward beat told her that dull  enthusiasm was just optimist for “flat”. She did her best. “But why are you outside? Especially like,  without a shirt, or like, a coat. It’s freezing.”

“I kind of just…” He swallowed, then chuckled. “I meant to just come out for a smoke and to  brush my teeth.” Soren realized he couldn’t avoid the fact that he was still holding the brush. “Then  hit the shower, but I ended up going for a walk. It’s…” He struggled to find the word in his hazy state, but said the first that came to mind. “Nice? Here.” It wasn’t untrue, but simple; this place  didn’t deserve simple.

Nova made a show of looking around—just with her eyes, but still, the effort was noticed  and appreciated. Søren then noticed a smile popped up on her face, however slight, and he wasn’t quite sure what it was from. “You’re right,” she said. “But how about you tell me about your walk  inside? I know you like, run warm, or whatever, but I’m freezing.” She rolled back on her heels. “I’ll  even make coffee to help with the, er, fog.”

Søren wasn’t sure if he was embarrassed that she noticed that he was high, or impressed, or  appreciative, or somewhere in-between, but he gave her a nod and a ‘yeah” and followed her inside.

If nothing else, Nova sure was getting better at making coffee in a percolator on a gas  stovetop. They camped a lot with Edna, and each site had its range of amenities—this one had a  building to sleep in; others had running water; others had a dirt patch indicating where the fire  should go and some didn’t even exist until they decided they were too tired to keep going or there  wasn’t enough daylight to reasonably continue pressing on.

But dammit, she brought that percolator on every single trip and made it work. Søren appreciated it—but at first, he certainly didn’t. The coffee was barely opaque and full  of grounds. It was like sandpaper on his throat and didn’t serve to wake him up any or help him  focus. Later, it was burnt—acidic, but functional. Unpleasant, but workable. He could choke it down.  But now? Now it was smooth—bold and multi-dimensional. He found himself actually looking  forward to it each day, even preferred it to the coffee he made at his apartment or ordered at the  cafes back at The City or in any of the Sectors.

“So—your walk?” Nova was gripping her mug with both hands. It was ceramic and  transferred heat well; she preferred them this way. And with the Tech’s storage capabilities, she figured she could waste a few megabytes on a good mug. “I’m guessing it was a good one since you  were out there for so long?”

“I always forget that you’re an early bird,” Søren replied, staring into his cup for a second. It  was cool in the bunker, but he still did not need any additional layers. “But yeah—uh. It was.” Søren  never really was much of a talker, but at least the spliff made it a bit easier to, even if he sounded  like a fucking idiot half the time. He swallowed down that thought with his next sip of coffee. He  didn’t need those thoughts with him today. “Have you noticed anything different about this place?”

She let out a little bit of a sigh that she tried to play off as a cough. Always with the  questions. It was morning. She may get up early but she was not necessarily a people person first  thing in the morning.

“You’ve seen more of it than me,” she countered.

“Hey, I’m the one who asks the questions, remember?” A loose smirk tugged at the corner of  his mouth. “Mentor…student…” he gestured appropriately. “But I’m in a good mood today so I’ll let  you get away with the sass.” Even if he sounded like a fucking idiot half the time, he reminded  himself, and kept going. “The sky—it’s bluer.” When her face scrunched up into something like so  what? Søren knew he had to continue. “It’s less hazy. Less volatile, less nuclear byproducts. Less  colors. I don’t know if maybe it’s just my eyes—” he swallowed uncomfortably. Søren wasn’t a  fucking idiot—he knew that she knew he was…weird. Different. That something was up with him.  So he dared to continue. “—seeing it different. So, I was hoping to maybe confirm that with you  before asking Edna about it, if you didn’t mind. I think I’m still on her shit list.”

Nova processed that in phases. At first, she rolled her eyes with annoyance and thought that  maybe it would have been better if she stayed in bed a little longer. Then, amusement—Søren was in an uncharacteristically good mood. Maybe covering for him was a good idea.

She transitioned from visibly mulling something over before surprise took over her face as a  deeper feeling of understanding set in: Søren was testing the waters with his trust, she realized.

And she was getting confirmation: Søren was different. Whatever that meant. She wasn’t  making it up. This wasn’t the same guy on the news a year ago.

And most of all, Nova considered, he was finally starting to view them as more of a team and  less of the unfortunate results of their circumstances.

That’s why she’s here, after all.

She wanted to get out.

And, regardless of the exact circumstances, she got out, thanks to him.

“You know what?” Nova did not wait for an answer. She simply picked up the percolator  from the table between them and poured the rest of its contents into Søren’s mug unprompted. “I  think we just ran out of coffee and I definitely want another cup. So, I’ll go fetch more water and get  back to you on that.”

Søren was taken aback, but decided to roll with it. He had to.

“Yeah, okay.” He said, picking up the mug and leaning into his chair a little, clutching his  mug with both hands now.

His eyes flickered over to the door on the far side of the kitchen, the one that led outside. It  was halfway open, but Nova was hesitating in the doorway. She looked worried for a second, but  instead, a chuckle puffed its way from her lungs.

“Nothing,” she said, then changed her mind. “You were honest with me so I’ll be honest with  you. I’m a little afraid to go out there alone, but like, I need to rip the bandage off eventually and

honestly, Søren, you look like you’re pretty baked. I might be better off with just my bucket this  time.” She swallowed her confidence. “N-no offense.”

Søren got a laugh out of that, a genuine one. “Absolutely none taken.” He shook his head, still  visibly amused. “Good luck on your…” he visualized the pumphouse on the edge of the property.  “Maybe fifty–? Sixty–? Yard journey into The Wilds.” He couldn’t help it. The quip continued. “I  hope your bucket keeps you safe.”

“Please don’t eat everything we have saved for lunch.”

“Oh, fuck you,” Søren laughed, but not unkindly—it just sort of slipped out, the same way it  would when Tessa or Eoin would tease him for the same damn thing, back in what felt like another  life. And Nova’s wicked smile and guttural laugh was reminiscent of theirs… Søren swallowed,  trying to keep the memories at bay. “Remember—” he gestured upwards with his thumb, to the sky  above their cement ceiling.

“Got it,” she said, giving him a thumbs-up back, before shutting the door behind her as she  ventured out into The Wilds for the first time since her first gruesome night at Vigilance, the one  that haunts her still to this day.

#MeToo // Fourteen Stories from the Year of the Rooster 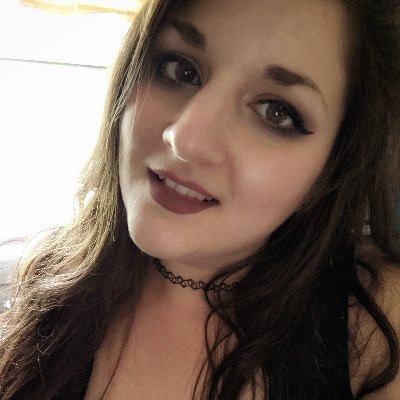 Check Out My Work:

Listen To A Playlist: